Mastercard needed to incentivize their cardholders to use their MasterCard credit cards in both Bermuda and the Cayman Islands by rewarding them with unique customer experiences.

Given Mastercard’s competition (banks that issued Visa and American Express, which were earning more market shares at that point), they needed to reach a greater audience. With the end of the year fast approaching, i.e. the biggest spending season, it was the perfect time to address this need.

MarketLogic worked on the campaign strategy as well as on the creative concept, visual materials, and website for the two phases in which the campaign was divided.

During the first phase, the cardholders were informed that they could earn points with each purchase to eventually win exclusive trips to Miami. During the last week of the campaign, once the purchases reached their peak, the second phase was released with the possibility of winning a more tempting prize: a trip to Spain to watch the Champions League Final.

For both phases, MarketLogic developed a traditional media campaign with press ads in the newspapers with the highest circulations in Bermuda and the Cayman Islands. Phase I also included mall and bus signage. In addition, postcards were sent to every cardholder, inviting them to subscribe on the Mastercard website and participate in the sweepstakes with their purchases.

The amount of purchases increased by 19.7% during the first campaign and 21.9% during the second one, making it the most successful campaign to date for our partner in the Caribbean. 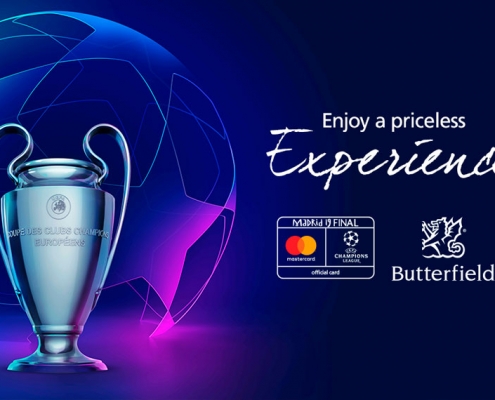