What’s in a Name? Channel Partner Types and Positioning for M&A

Key differences to consider for best merger and acquisition options for IT channel companies. 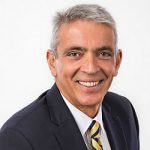 What’s in a name? Plenty when it comes to a channel partner’s business model and positioning for a planned merger and acquisition. Particularly if they’re planning a mergers and acquisitions event in the next six to 18 months — be it a sale of the business or an acquisition.

In the last two decades, the IT infrastructure channel industry has evolved significantly from the resale niche that dominated the 1980s. Following a measured progression from the value-added resellers (VARs) of the ’90s and system integrators (SIs) of the early 2000s, managed service providers (MSPs) and cloud services exploded onto the scene. In some cases, companies have transitioned from one business model to the next and blurred these lines, but many have found it hard to do.

What were the M&A trends and valuations in 2019?

Let’s first walk through what seems to distinguish these companies, and then explore the best M&A options.

Besides the obvious product vs. service revenue mix, these companies have distinct characterizations on several levels:

2. Customer profile. Larger enterprise customers have been slow to transition to the outsourced model for a number of reasons: their requirements are too complex, IT is strategic to them, outsourcing would lead to some IT staff losing their jobs, etc. As a result, VARs and SIs who served large accounts weren’t given the opportunity to develop a managed services practice (because their customers had no need for managed services). And for those VARs and SIs that tried to add services to their repertoire, a key mistake was trying to sell to all the needs of each customer rather than standardizing their service and streamlining their staff. Consequently, many missed the opportunity to create a profitable and repeatable service model.

3. Founder background. The founder’s background plays a major role in the company culture and their abilities to scale or transform their businesses.

VARs and SIs have traditionally been founded by salespeople or, at times, two or three partners with complementary backgrounds (sales, engineering, operations and finance). Some of these founders and their company became experts at solving new problems, based on new technologies and products offered by manufacturers. This project-based model was a great fit for their skill and inclination. Once the problem was solved and the project was completed, they …