A new portable 5G hotspot with support for Wi-Fi 6 from Netgear is now available, but only from AT&T.

A Netgear spokesman confirmed that for North American customers, the hotspot is currently only available for AT&T’s network. Netgear’s channel partners are selling the product in other countries. In select regions there are other exclusive partnerships, such as Orredo in the Middle East and Testra in Australia. The spokesman said Netgear won’t have an unlocked version of the hotspot in North America for at least six months.

While Netgear’s product is AT&T’s first multimode 5G-Wi-Fi 6 hotspot, Verizon last week started shipping Inseego’s new 5G MiFi hotspot. T-Mobile is not actively marketing a multimode hotspot. Portable, the devices are suited both for groups in the field and for small offices and home networks.

Although costly and designed networks that are still emerging, these hotspots may have more appeal than expected before COVID-19 struck.

“The 5G addition is innovative in a hotspot and much needed during a time when many of our customers continue to work and learn from home,” said AT&T Mobility’s GM and EVP David Christopher, in a statement.

Nevertheless, such a device could be overkill for many customers. Only a handful of mobile PCs and smartphones support 5G and Wi-Fi 6. While carriers have launched 5G-based wireless networks, critics caution it could be years before reliable coverage is pervasive. Partners have different viewpoints, some steering customers to lower-cost alternatives. Others recommend that those installing new gear will get longer use out of hardware that supports the latest standards. 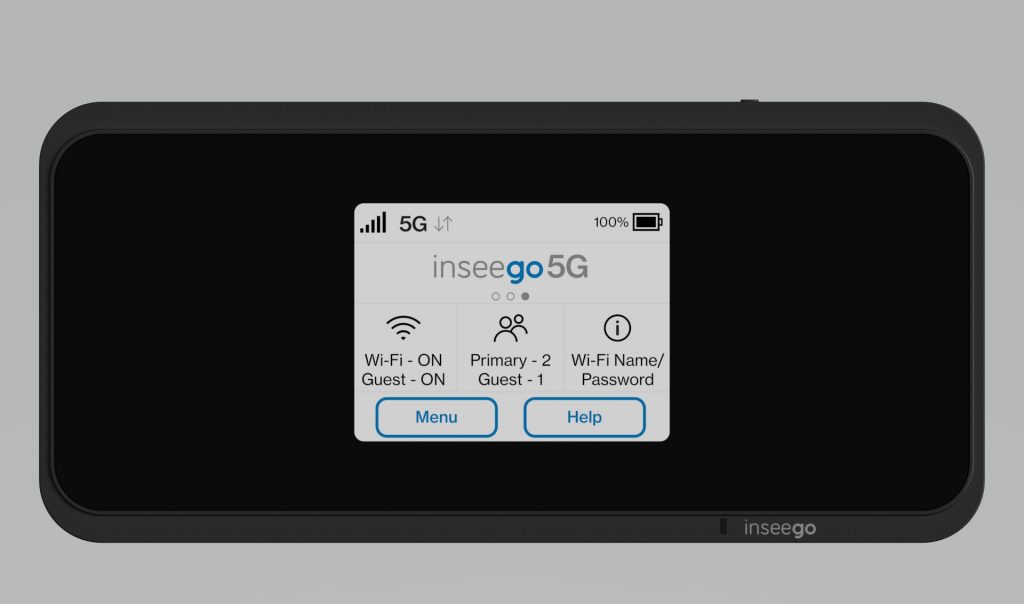 The new Inseego hotspot from Verizon.

Cost could also impact demand. Netgear’s 5G Hotspot Pro costs a hefty $510. Alternatively, customers can finance the device interest-free through AT&T for $17 per month for 30 months. The Inseego 5G MiFi hotspot from Verizon costs $399, or $17 interest-free for 24 months.

Qualcomm’s Snapdragon x55 5G Modem RF System powers the Netgear 5G Hotspot Pro. The chipset supports any combination of bands including 5G mmWave and sub-6 GHz, standalone and non-standalone modes, according to Qualcomm. It also includes connectivity with existing LTE networks. AT&T said the Netgear 5G hotspot will work in any home or building with access to its 5G network. It also supports AT&T’s 5G+ service now rolling out in 35 major U.S. cities.

While Netgear is primarily a consumer brand of high-end networking equipment, the company also sells to small and medium businesses. In 2015, the manufacturer launched its Netgear Solution Provider Program for SMBs.

Inseego’s new hotspot, which Verizon launched, is also based on Qualcomm’s x55 5G modem. Inseego said it customized it with its own dual-band RF technology. The company claims it will provide 2 Gbps connectivity in mmWave bands and higher speed in sub-6 GHz bands. The hotspot will support up to 30 simultaneous connections from Wi-Fi 6-compatible devices. It is equipped with a 3500mAh battery and has a color display. Verizon said it will offer an optional add-on e 8500mAh accessory battery later this year.