Lenovo to Ship Its Thinnest ThinkPad Yet with X1 Titanium Yoga

Lenovo this week took the wraps off a wide range of new commercial laptops including the ThinkPad X1 Titanium Yoga. Billed as its thinnest ThinkPad to date, Lenovo also refreshed its enterprise mobile PCs and previewed augmented reality glasses.

Some of the new ThinkPads, including the X1 Titanium Yoga, launched during the Consumer Electronics Show (CES), will ship this month. Other ThinkPad PCs and several new accessories will appear in the channel throughout the quarter. Among them are Lenovo’s 2nd-generation ThinkBooks, detachable tablet PCs and a redesigned X1 Carbon. Look for the ThinkReality A3 smart glasses, designed to expand personal workspaces,  to ship this summer. 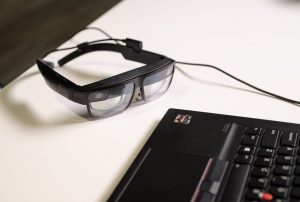 Lenovo was the No. 1 provider of PCs in 2020, according to preliminary figures from IDC’s Q4 PC Tracker report. The figures, published earlier this week, indicate that Lenovo shipped 72,699 PCs last year, a 12% increase from 2019. The COVID-19 pandemic played a big role PC shipment growth last year. IDC’s figures estimate that 302,605 PCs shipped in 2020, a 13.1% increase.

Like its key rivals, No. 2 HP and No. 3 Dell, Lenovo emphasized its new PCs’ improved conferencing and security. Similarly, Lenovo has added 5G options to its ThinkPads, most of which are available with Intel 11th Gen Core processors.

“As people start to return back to some sort of a work environment that includes the office, at the same time they’re going to still need to collaborate and communicate in a way that we’ve gotten used to over these last 12 months,” Cato said. “We believe that there’s a real opportunity in that smart collaboration space. Having spent a lot of time with our partners over the last year, I think the pandemic has accelerated the need for digital transformation for them as well as for their customers.”

Describing the new ThinkPad X1 Titanium Yoga as the thinnest ThinkPad Lenovo has ever produced, it is 11.5mm thin. The 13.5-inch screen has a lower power display with a 3:2 ratio. It includes Dolby Vision HDR and a Dolby Atmos speaker. Available later this month, the staring price is $1,899.

Lenovo also showcased the X1 Carbon Gen 9 and X1 Yoga Gen 6; look for both to ship next month. The company redesigned both models with new 16:1 aspect ratio displays, and blue light for dimly lit environments. Lenovo has moved the fingerprint reader for authentication on the power button and has proximity sensors for improved security. Like the ThinkPad X1 Titanium Yoga, these ThinkPads also include Dolby Vision and the Dolby Atmos speaker system. The Dolby Atmos speaker system aims to improve sound quality when used for conferencing. Pricing for the X1 Carbon starts at $1,429 and the X1 Yoga has an entry price of $1,569.

Also shipping this month is the ThinkPad X12 Detachable, which supports the Lenovo Precision Pen or Lenovo Digital Pen. The X12 Detachable has a backlit folio keyboard, which Lenovo claims offers smooth transitions from PC to tablet modes. The starting price for the X12 is $1,149. Lenovo will also ship the new ThinkPad Thunderbolt 4 and USB-C Universal and Smart Docks. The latter is powered by Microsoft’s Azure Sphere, designed to enable remote device monitoring and management.

Lenovo is overhauling its ThinkBooks with the new 2nd generation line. The ThinkBook Plus 2i, with a starting price of $1,549, has an increased 12-inch e-inking display. The screen-to-body ratio is now 68%, up from 48%, providing a larger usable area. It also has improved resolution and a faster refresh rate. The screen-to-edge surface increases from 78% to 90%, and Lenovo said it has improved touch interaction. It also now supports an optional wireless charging mat. Taking the size up a notch, Lenovo’s new ThinkBook 13xi is similar but has a 13-inch display and has a lower entry price of $1,199. Both are powered by the new Intel 11th Gen Core processors and are set to roll out this quarter.

Also new in the ThinkBook Gen 2 line is the 14P, which Lenovo targets at power users. Built with a 14-inch display and available with an OLED screen, the 14P is powered with the newest AMD Ryzen 9 5000 H Series mobile processors. Lenovo added a new AI-based noise cancellation algorithm, optimizing the device for video conferencing. And the most powerful option, the 16P, is similar to the 14P but has a 16-inch screen. The 16P will be available with an optional NVIDIA Geoforce RTX graphics processors. The starting prices for the 14p and 16p are $849 and $1,299, respectively.

“5G is something that we think will start to change the landscape,” Cato said. “Maybe not right away, but certainly as we go through the year, and especially being driven by what we saw last year with work from anywhere and remote learning. We don’t think that this is just a short-term thing. We think that it will continue as we go forward.”