Ayres revealed the Amazon WorkSpaces integration with IGEL OS during his keynote address at the company’s Disrupt Unite virtual event. IGEL OS is the company’s Linux-based EUC software supported on a wide ecosystem of devices, VDI and app workspace environments. While IGEL has partnership with numerous OEMs, it has grown in recent with its ties to Citrix, Microsoft and VMware.

IGEL’s profile in the VDI and end-user computing market has risen in recent years. Its growth accelerated further since forming a significant alliance with Microsoft in 2019. The two companies partnered to make IGEL OS the first validated Linux endpoint for Microsoft’s Windows Virtual Desktop (WVD) service. The release of IGEL OS for WVD was in the spotlight at IGEL’s Disrupt conference just over a year ago.

At Thursday’s event, held virtually this year because of the pandemic, it was AWS’ turn to take the spotlight. Amazon WorkSpaces will be available on IGEL OS starting March 1, Ayres said during the virtual event. The company is offering free trials. 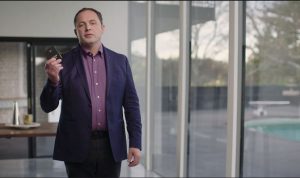 “Amazon WorkSpaces is a fully managed solution, true SaaS, built on the largest cloud infrastructure in the world,” Ayres said. “Amazon customers during COVID-19 were able to spin up thousands of workspaces in days, so that retailers and broadcasters and health care workers can stay productive.”

Among other releases this week, IGEL’s first thin client running its Linux OS on an Arm-based device is now available. NComputing’s new RX420 Arm architecture Raspberry Pi4 is a thin client developed in partnership with Citrix and IGEL.

The three companies partnered a year ago to develop an enterprise thin client built with Arm’s System-on-chip (SoC) architecture. The RX420 is based on optimized versions of IGEL OS, Citrix Workspace App and Citrix Workspace Hub. The device includes built-in dual-band Wi-Fi capability and a gigabit Ethernet interface with support for dual, native 4K displays.

With the optimized IGEL OS, Citrix HDX and Chromium browser, the RX420 is designed for large enterprise and IoT deployments. Moreover, according to IGEL, its Universal Management Suite (UMS) can manage up to 300,000 distributed RX420 endpoints.

“While Arm has gained a lot of prominence on the consumer side of the industry for a long time, it’s rapidly evolving and growing in the enterprise side,” Mullapudi said.

IGEL also launched a new thin client designed to render high-performance graphics, set for release at the end of …