SaaS application usage in the global SMB and midmarket is on the rise. And the perception of willy-nilly purchasing by the line of business (LoB) is becoming a thing of the past.

“[Companies] have not reached a saturation point, and many of them will never reach a saturation point to utilize every application available within a category,” Anurag Agrawal, CEO and analyst at Techaisle, told Channel Futures.

SaaS categories are plentiful. They include, for example, collaboration, customer service and project management.

The biggest increases in SaaS application usage comes in such categories as customer service, collaboration, ERP, marketing automation, HR management, inventory management and invoicing, according to the Techaisle research.

More specifically, 74% of SMBs use collaboration-focused SaaS solutions, while 70% use a finance application. Future SaaS application usage plans include operations (79%) and customer-focused applications (76%).

Expect SaaS adoption to account for $76 billion in global SMB SaaS spend in 2021. This year, look for SaaS spend to grow 19% compared to 2019, based on a survey of 4,700 SMBs. Asia-Pacific and western Europe will see the highest adoption and spending growth rates.

“One path, and the ideal path, is to buy more applications within a category. This gives them end to end connectivity within that category and helps them fully utilize it,” Agrawal explained.

The second path that many SMBs take satisfies pain points.

“They see the benefit of using SaaS, decide to use more SaaS solutions, but in a different category,” he said. “Their selection is not quite ad hoc; it’s a more deliberate process. But they’re using it on the pain point they’re experiencing.”

Initial SaaS adoption was ad hoc. Today, it is more strategic. Businesses are questioning what to do next.

“This is where the opportunity is for the channel partner,” said Agrawal.

The Techaisle research shows that SaaS spend and adoption are fueled by acceleration in customer-focused, vertical line-of-business applications, productivity and collaboration applications. The biggest adoption increase will be in vertical-focused applications.

The LoB is the initial buyer of these SaaS applications. That’s where there’s recognition of a need — sales, marketing, finance and operations, for example. However, these purchases aren’t rogue. The SaaS application is vetted by IT. In very small businesses, the owner decides, checks with a peer or a user, then makes a purchase.

“IT vets the SaaS application. So is it suitable for the organization? Is it deployable? How will the users get trained? What about security?” noted Agrawal.

The notion of rogue purchases is a common misconception.

“I have that conversation at least once a week. This notion of indiscriminate buying has been going on for a long time. It didn’t take long before the LoB making a quick purchase on a credit card was stopped,” he said.

In large businesses – more than 500 employees – multiple departments were buying the different applications within a category; for example, CRM. That led to silos of data or the inability to exchange data within the business.

Another factor changing buying behavior is that SMBs are moving to a digital workspace. Applications are served to employees specific to their role.

According to the Techaisle 2020 US SMB & Midmarket SaaS Adoption Trends survey report, three in four (77%) small businesses and almost all (99%) midmarket firms use one or more SaaS application.

Almost half (46%) of small businesses use fewer than five SaaS app categories, and one in three (34%) midmarket firms use more than 10 SaaS app categories. Additionally, 58% of SMBs plan to add another five or 10 SaaS categories within the next year.

Industry 4.0 makes manufacturing “smart” through emerging technology innovations such as data analytics, autonomous robotics, and AI. These technologies drive increased productivity and performance throughout the value chain. These data-driven innovations require information technology (IT) systems deployed on-premise, often referred to as edge IT or edge computing.

Brought to you by: 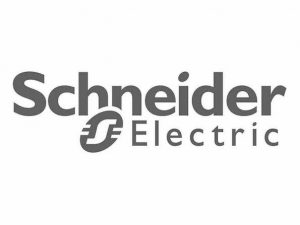