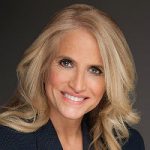 Zero trust is among the hottest trends in the enterprise security space today yet despite the hype, there remains a great deal of confusion within the channel in terms of how to effectively market, package and sell zero trust to customers.

If you’re not already familiar with the concept of zero trust, the first thing to understand is that it’s not a technology per se but rather a framework that represents a shift in how we think about security. The internet was built under the premise of “trust but verify,” which prioritized access and connectivity over security. A zero trust approach flips this model on its head by saying, “never trust, always verify.”

Zero trust emerged as a response to the conventional castle-and-moat approach that emphasized defending the perimeter while assuming that everything inside didn’t pose a threat. This is one of the reasons we’ve seen so many calamitous data breaches over the past couple of years as threat actors, upon sneaking past the front gates of the corporate firewall, have been able to move undetected through internal systems without much resistance.

Sizing Up the Zero Trust Opportunity

Regardless of how long the current pandemic persists, it’s become clear that the way we work and connect will be forever changed. A survey conducted this past June by 451 Research reported that 47% of respondents said they are likely to reduce their physical office footprint due to the pandemic and will instead promote telework and maintain sustained social distancing practices over the long haul.

For the better part of the last two decades, virtual private networks (VPNs) were the cutting-edge technology of the day, providing users with a relatively simple and straightforward way to securely access protected network resources. While VPNs remain synonymous with secure remote access for many, they are among the most vulnerable components of network security and are being aggressively targeted by threat actors who can piggyback on a compromised connection.

Gartner has forecast that as many as “60% of the VPNs in place today will be replaced by some form of zero trust access technology by 2023.” With the current global VPN market estimated at anywhere between $25 billion and $40 billion, this shift in the market represents a massive opportunity for the entire channel ecosystem.

Because of these converging trends, CISOs are prioritizing and investing in a software-defined zero trust access solutions to reduce their exposure to potential data breaches, pare IT infrastructure complexity and drive down their fixed costs.

Zero trust has become such a pervasive topic among security decision makers that if you’re not discussing it with your customers now, you can be sure that someone else is. A survey conducted by Forrester Research in late 2019 found that CISOs allocate the highest portion of their time to strategy and planning initiatives and given that zero trust is considered among the most strategic IT initiatives, VARs, MSSPs and other channel partners have a natural opening to kick-start a dialogue.

Moreover, because the journey toward zero trust is often measured in years and not months, it can often produce additional sell-through opportunities that we have found will yield above average margins of between 20-22%. As someone who has spent the past two decades working within the channel and the past seven years in zero trust, I offer these three strategies to help you …